Women in leadership roles in Czech Media. Where are they? 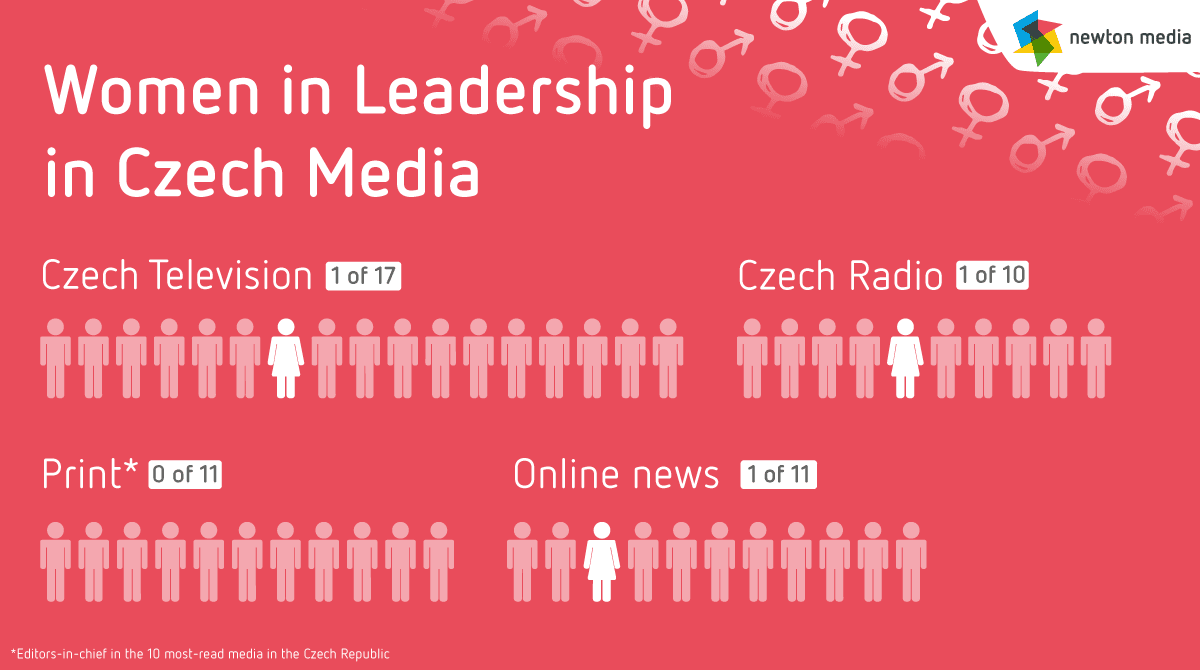 Czech media is ruled by men. Although women journalists predominate in the “below 30” age group, after their thirties they either quit the jobs or keep working as ordinary journalists without ever reaching senior positions. Which topics will make it to the audience and how will they be communicated is, therefore, in a large extent decided by men. Newton Media looked into female representation in Czech media in 2021 and these are the conclusions.

The Czech Republic is copying the trend from abroad of female students dominating in mass media or journalism studies, female journalists also still predominate in the age group under 30 (56 % women vs. 44 % men), but at the age of 30 this set up changes significantly and women start leaving the newsrooms. Probably for a job that part of society considers the most important, if not the only, mission of a woman: caring for an offspring.

A survey conducted by Jaromír Volek and Marína Urbániková from Masaryk University shows that women make 43 % of all journalists in the 40-49 age group. That means most of them return to the media industry again after the maternity leave, but they usually take up a regular position and remain locked out of top leadership roles. When looking at the editors-in-chief of the ten most-read Czech dailies, there is not a single woman present. The situation among online news servers is not much rosier, where only one female editor-in-chief appears in the top ten and that is Naděžda Petrová from iDnes.cz.

Women are already present in lower positions: female deputy editor-in-chief can be found, for example, in the Seznam Zprávy and Aktuálně.cz or Hospodářské noviny, Economia even has a female head of content. The gender imbalance in weekly magazines is similar, you will not find a female editor-in-chief among hard-news titles, women dominate in the leadership of periodicals devoted to a cosy home, garden, cooking, or fashion.

One would hope for a more balanced representation of women in the management of public broadcasters which have gender discrimination directly prohibited by their own codes. If we compare the faces speaking from the screens of Czech Television, we will get the impression of a balance because we see both male and female presenters evenly. But that is where the balance ends. The management of Czech Television consists of 17 people, in addition to Petr Dvořák they are the directors of various divisions, television studios, and programs. But there is only one woman among them. And the situation is similar in Czech Radio, where we found only one woman in the eleven-member management.

An example is an interview with a female middle-aged senior editor, which was published in the research cited above: “I hired a girl who had a two-and-a-half-year-old son. She was great, I was very happy she joined. I was the head of the section at the time. She stayed there for four months. She received a call from her kindergarten, that her child just broke his leg, she had to go and get him. You have an article written halfway and you tell the editor; sorry, it will not be ready today, tomorrow morning, because of the son. Those editors are men, as they are in most cases, when it happens for the first time, so be it, but when it happens many times, which is quite common if a person has one or two small children, the patience ends because the men don’t need to deal with these kinds of things.” So, men remain in the newsrooms and move up the corporate ladder in media, while women leave or move on to less stressful topics. And here another problem comes.

Looking into Newton Media’s archive at the authors of articles on Czech politics published in national daily Hospodářské noviny in the first two months of this year, we find only a third of them was written by women. Lidové noviny or MF Dnes are doing better since women are the authors or co-authors of almost half of the texts devoted to domestic politics. However, it must be said, that in both dailies, two active editors significantly increase the female score, producing substantially more texts than their male counterparts. In MF Dnes, it is Eva Pospíšilová and in Lidové noviny Kateřina Surmanová, who is responsible for almost a fifth (18%) of all articles of this daily on this topic. She also produced the most articles on domestic politics across all dailies in the reviewed period.

Even more noticeable is male dominance in economic issues. In the case of articles on finance, only one fifth (21%) of them was written or co-written by women in Hospodářské noviny. Does this mean that women do not understand finance as much as men? Hardly. After all, for example, Prague University of Economics and Business has a significantly higher number of female graduates than male graduates every year. Does it have anything to do with the fact, that most of the respondents interviewed by the media on business and finance topics are, again, predominantly male?

In this way, media only reproduce and strengthen the unequal representation of women in power positions. Although women make up half of the Czech population, according to the editors-in-chief, a „women’s perspective“ is minor. Maybe they believe that economic or political issues have a smaller impact on women’s lives than on men’s lives. Or do they think that women are not interested in economics and politics and prefer lifestyle reading? Nothing could be further from the truth, according to OMD data, women make up 40% of the readership in the age group 35-54 at Hospodářské noviny. In short, it could be said that the content of the media is formed mainly by men, although it is also consumed by women.

What is worse, men set the agenda and directly influence what issues will make it through the gate into news and how they will be framed. „If male journalists have a dominant voice in the formulation of various problems that concern society, it is quite possible that some topics important for women, as well as their perspective in finding solutions, are left out,“ says Marína Urbániková from Masaryk University.

And what are those problems? For example, those resulting from the different status of men and women in Czech society: gender pay gap and other discrimination in workplaces, difficult return to labour market after maternity leave due to lack of places in nurseries, minimum of part-time positions, gender-based violence, economic problems of single-parent families, etc.

Until journalist and presenter Nora Fridrichová drew attention to the issue of single mothers, this topic was very low in a hierarchy of news prevalence and therefore of the interest of politicians, even though a fifth of children today grow up in single-parent families. But how many such influential women are there in Czech media? By the way, in the two-year-old ranking of the most influential journalists on Twitter, there was only one woman in the top 30, namely Darina Vymětalíková from the sports newsroom of Czech Television.

And what is the way out of it?

Experts advise paying more attention to the diversity and empathy of the editorial office atmosphere, actively support the promotion of women to management positions, and to create conditions for a work and family life balance, which would be beneficial for both women and men.

They should also be equally represented among the various experts speaking to the media and as cited sources. It is possible to use the existing database of female experts managed by the Czech NGO 50% Forum, where journalists will find CVs and contacts of more than a hundred female experts across disciplines. Female journalists could also get help from a platform to share their experiences and solve the problems they face in their careers. In general, better enforcement of the anti-discrimination law to prevent unequal treatment or harassment would support women in any working place. When else than on International Women’s Day can we wish for this?

And how are we doing in Newton Media? We have eleven people in top management, seven of them are women! As you can see, we are leading the way not only in the field of media intelligence ? 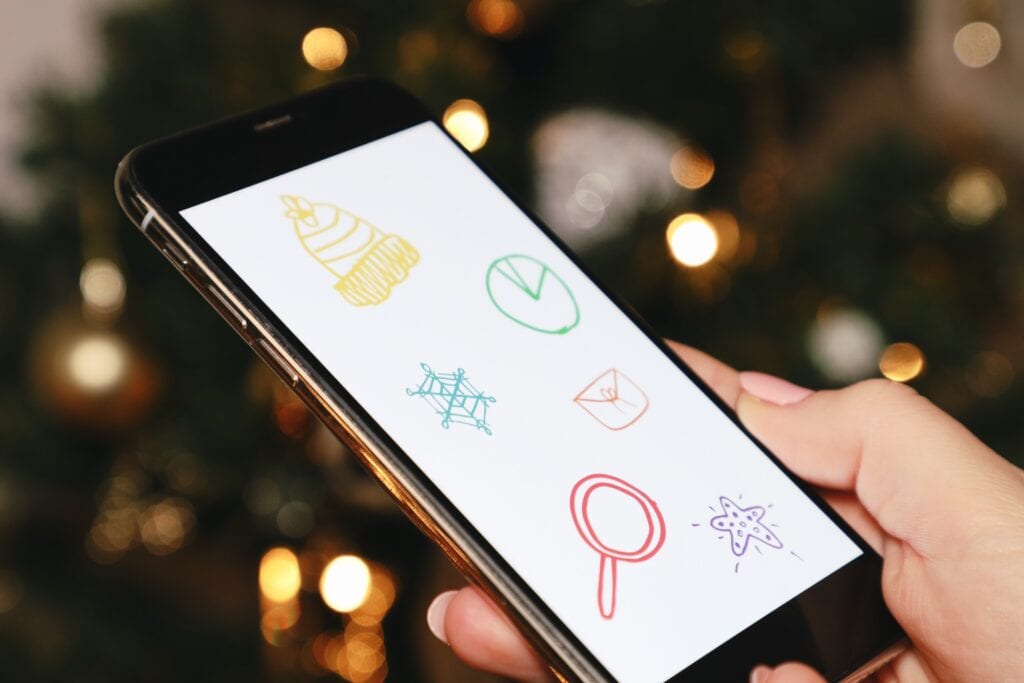 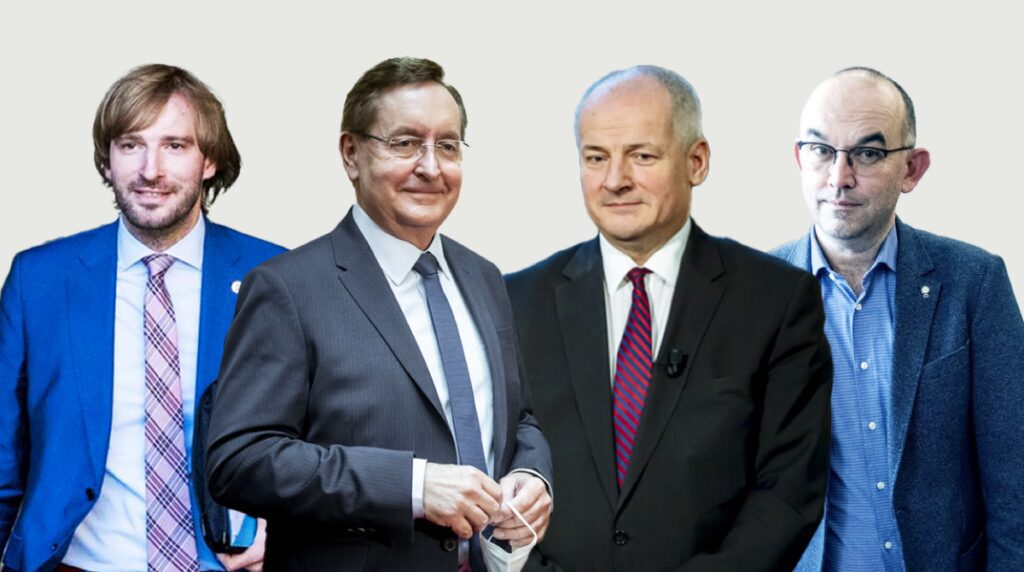 Since March 2020, when the first Covid-19 cases appeared in the Czech Republic, four different ministers have led the Ministry of Health. Roman Prymula enjoyed 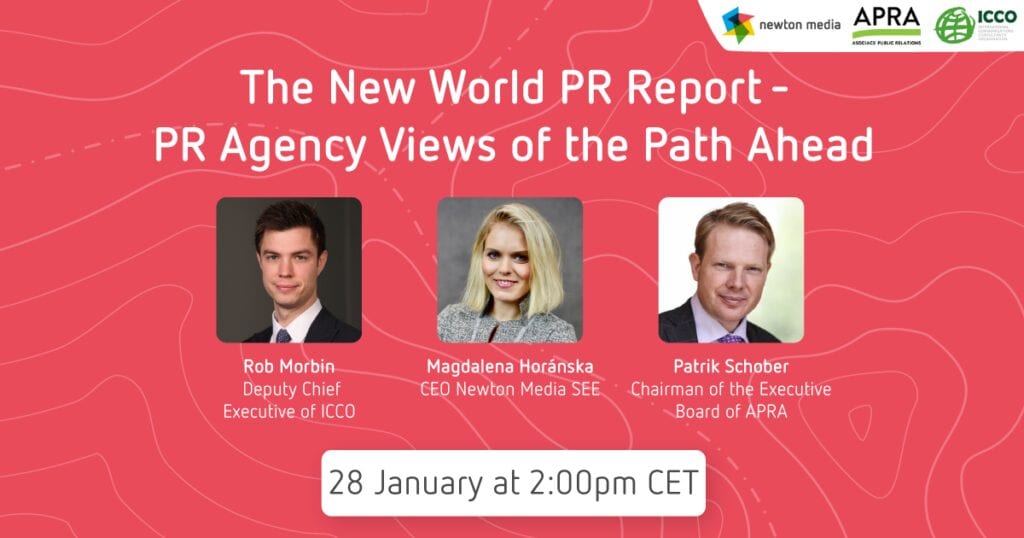 How PR changed in 2020 and what are the future prospects?

Loss of customers, dismissals, belts tightening. The global pandemic hit many sectors hard last year and PR was no exception. Last year’s summary, including predictions for the 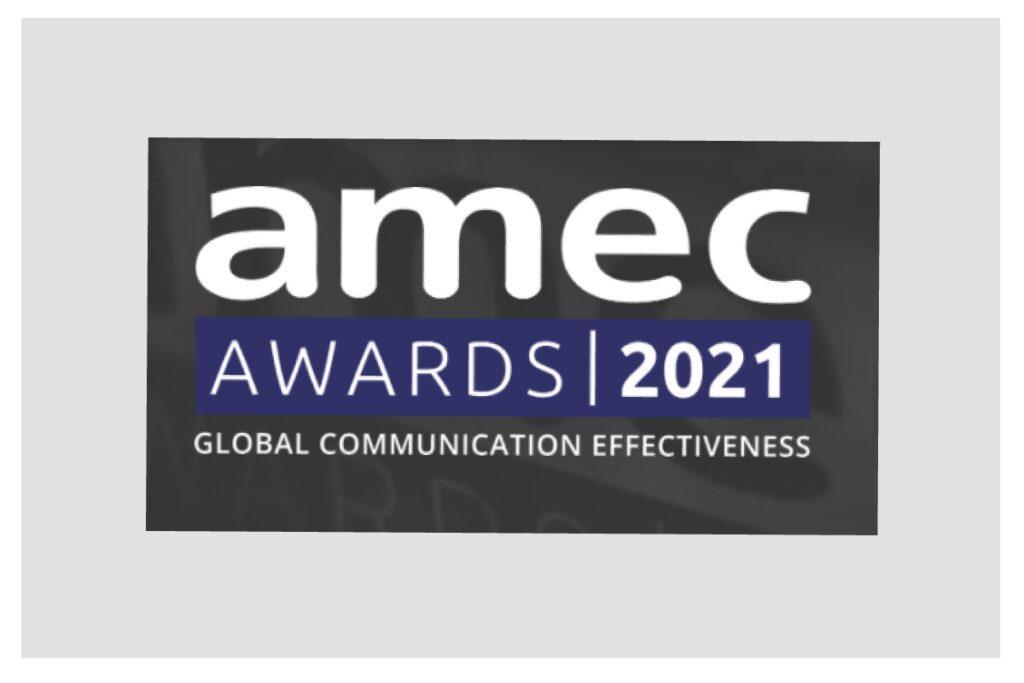 The AMEC Award, a worldwide competition of media analysts, announced the 2021 winners. The Infomore.cz website, which is a joint project of the Faculty of Social Sciences 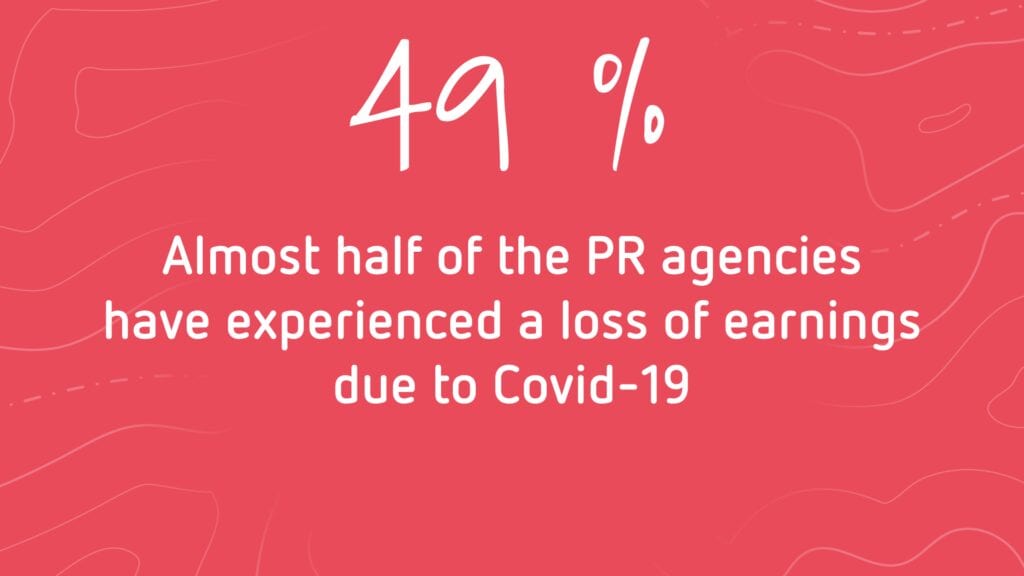 Half of the PR agencies lost revenues in 2020, this year they expect the largest investments in social media and community management.

Last year, two-thirds of PR agencies around the world faced delayed or cancelled contracts and almost half of them lost revenue, yet they are optimistic about 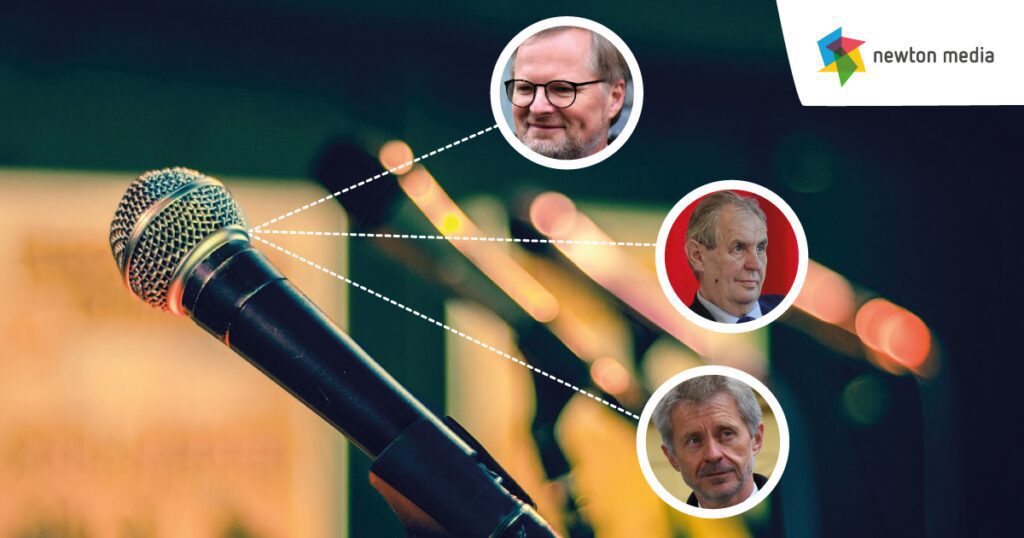